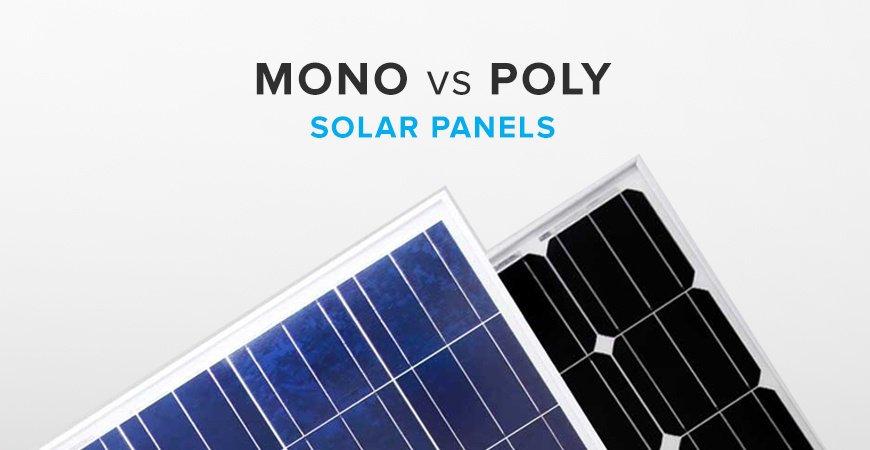 In my previous work place, we were mostly using polycrystalline solar panels for all the installations. We knew about monocrystalline panels but the main reason for not going with mono was because at that time we had a general notion that it is not well performed in high temperatures. This is because the temperature coefficient of mono panels is higher than the poly. So, at higher temperatures the efficiency of mono will go down. Being a tropical country, Sri Lanka maintains a high ambient temperature throughout the year. So, we were not much interested in mono panels.

One day, my boss wanted me to have some solid proof on why we are not moving on with monocrystallines. There was nothing on internet at the time about a practical experiment (other than theoretical data) done to test the outputs of these two panel types. So finally, we set up an experiment at our office premises to actually see what is performing higher. I was in charge of doing this.

I planned to test this out by setting up 2 similar solar PV systems, one with poly panels and the other with mono panels. I managed to have the same solar inveter, same DC and AC wires with same lengths, same switchgear and the outputs of both systems were connected to a same electricity supply. Panels were installed on a same roof.  Simply put, following conditions were maintained throughout the experiment.

For your understanding I’ll list down here all details of this 2 setups.

It could have been much better if I could have had 2 similar wattages of solar panels for both mono and poly but unfortunately, we didn’t have such similar panels at the time. So, to compare the output, I considered the output per kWp value. Output energy data was recorded using online monitoring facility of inverters. A total of 10 days of data were recorded.

Followings are those values.

This is what I got by plotting these numbers in a graph.

After analyzing these data, we finally came in to a conclusion that monocrystalline panels produce slightly more energy than polycrystalline solar panels. As a percentage, mono has performed 6.41% higher than poly. But there must be an issue in somewhere. If you look at panel datasheets in general, you will clearly notice that temperature coefficients in mono panels are higher. That simply means, at high temperatures the output should be lower. So, what has actually caused for this strange difference?

The reason for this higher performance is hidden in another known characteristic of monocrystallines. That is, mono panels perform better in low light conditions. This was confirmed by me, by looking at daily output graphs of both inverters. Mono panels had performed better in morning and afternoon hours compared to poly. So, eventually we came in to a conclusion that overall, mono panels do perform better in high temperature climates.

After all these, we moved on to do installations using mono panels also for customers who specifically request that panel type. That is because at that time, the market price of mono was higher than poly. But nowadays both the panel types are available for the same price range.

What is Amorphous Silicon? You already know about the silicon based solar panels that are…

All about Charge Controllers

In solar PV off-grid applications, you use batteries to store energy generated from solar panels.…